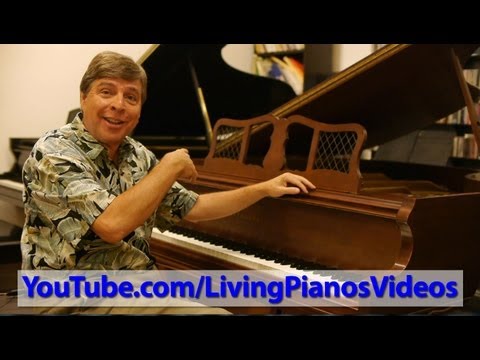 Robert Estrin is a champion of music technology and historical instruments with over 1,000 videos on YouTube which enrich pianists and music lovers worldwide.

He comes from an extended family of musicians. He is a second-generation concert pianist. He and his sister, pianist Coren Mino both studied with their father, concert pianist Morton Estrin who also taught Billy Joel as well as countless concert artists and teachers.

Living Pianos is the world’s first online piano store which has been selling pianos since 2006.

They offer a large collection of restored, top-tier American and European pianos such as Steinway, Bösendorfer, Yamaha, Baldwin, Mason & Hamlin, Kawai, as well as new pianos.

There is also a collection of historical keyboards Estrin uses in his live performances.

Living Piano: Journey Through Time: Historic Concert Experience grew out of a desire to expose the joys of classical music to a wider audience. In period costumes, Estrin explores the history of the piano in musical performance. He also presents prodigy students performing on historical instruments from his collection.

Robert Estrin studied piano and French horn at the Manhattan School of Music in New York City, as well as the Mozarteum in Salzburg, Austria. He also has a degree in piano performance from Indiana University. He has owned several recording studios and has composed and produced numerous albums as well as music for film and television.

Robert’s extended family are almost all musicians. His daughter Jennifer Estrin is the concertmaster of the Eugene Symphony as well as the Portland Opera and the Portland Ballet. He and his wife, flutist Florence Estrin perform as a duo including Florence Family of Flutes in which Florence performs on flutes ranging in size from the piccolo to large flutes rarely heard in concert.

Robert Estrin is a frequent guest artist on many concert series at art centers, colleges, universities, museums, symphony orchestras as well as conventions and Music Teachers’ Associations. His passion for performing the piano and educating people is felt around the world in his live performances as well as his online music lessons which have amassed over 14 million views. 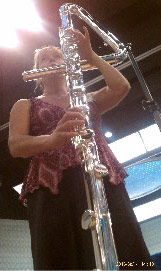 Florence Estrin has a wide ranging career as a flutist. Her Florence Family of Flutes performances on bass flute, alto flute and piccolo in addition to the standard flute are bringing raves from audiences.

Ms. Estrin has performed in many of the great concert halls including Carnegie Hall and Lincoln Center. Her performance of the Ibert Flute Concerto with the 92nd Street Y Orchestra marked her New York solo debut at the age of 19. Ms. Estrin has also performed extensively with orchestras including the Indianapolis Symphony and the San Francisco Ballet Orchestra.

She has enriched the lives of countless musicians with her playing and teaching. She taught at the University of Evansville before moving to Orange County, California.