Welcome to LivingPianos.com, I’m Robert Estrin. Today’s topic is about the Secret of Music: Order Versus Randomness. This is a weighty topic. The essential truth is that familiarness is comfortable, but if things are too familiar and predictable they can be boring. This is true of everything, not just music. On the other side, randomness is very interesting but it can be difficult to digest. Listening to music that’s all random can sound cacophonous and it’s difficult to make sense of it.

Something that has an element of order but enough randomness to keep you wondering what’s coming next can be very engaging! 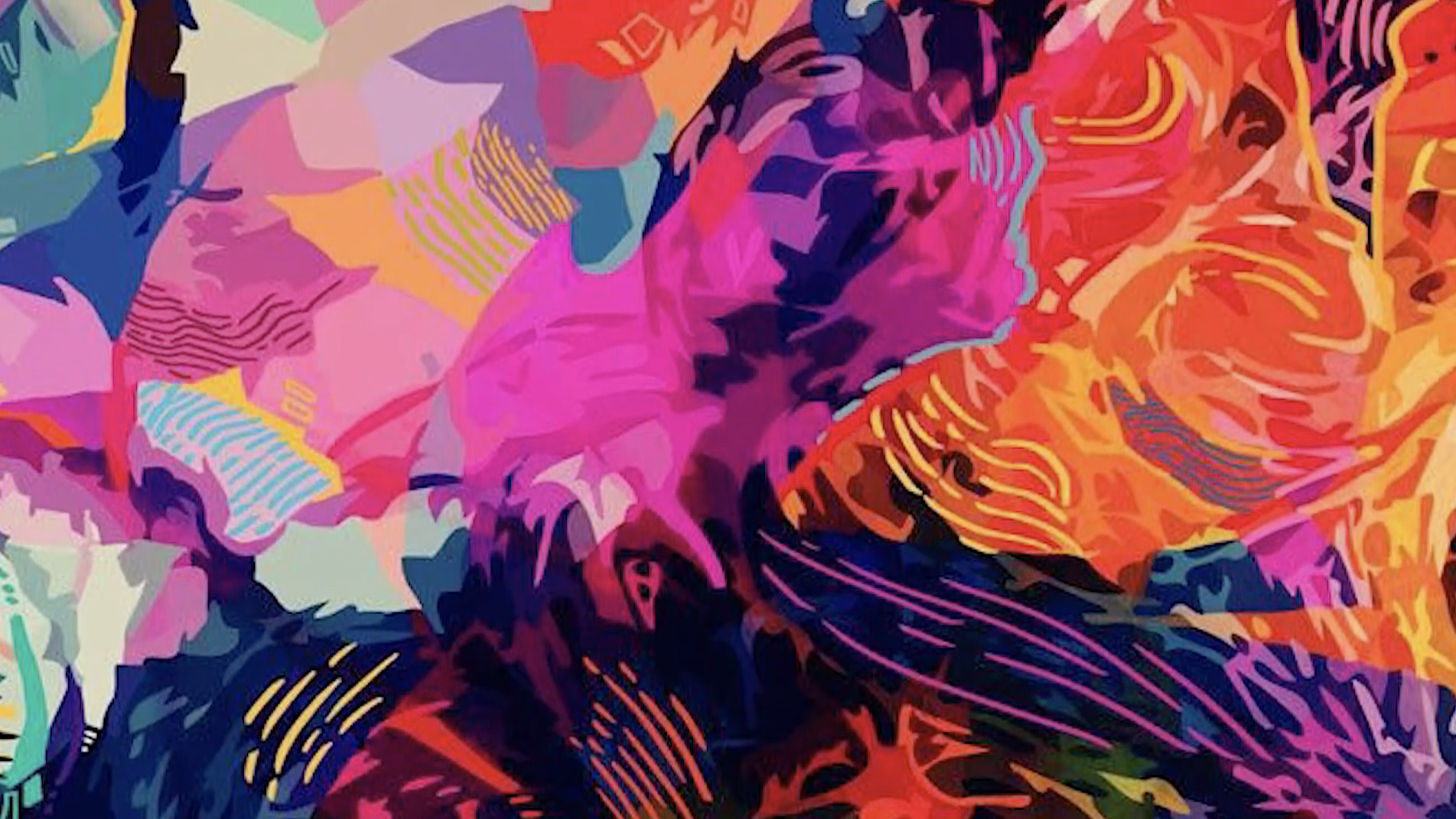 Looking at a painting that contains a bunch of random squiggly lines and different colors might be interesting for a while. But it’s exhausting trying to make sense of it, because as humans, we seek to find order in things in order to gain understanding. Conversely, something that is predictably geometric is equally boring since there is nothing new to surprise you and keep you engaged. Elements of both order and randomness are intrinsically important in art and music.

Here’s an historical perspective on this. The origins of written music goes back to Gregorian chant in the 9th century, which was monophonic plainsong based upon liturgical text. The music grew in complexity somewhat during the Renaissance gaining polyphony and other elements. Music got more and more complex in the later Baroque era. In fact, during Bach’s later years, he was writing some fantastically complex music like Art of the Fugue. He had actually lost favor in the public and many composers writing the new simpler, structured Classical style were more popular than he was, including his own son Carl Philipp Emanuel Bach! Can you imagine such a thing? So music became more and more complex. I wouldn’t describe the late Baroque music as being random, but if you listen to a complex multi-voice fugue it can almost feel random the first time you hear it if you’re not musically astute and comfortable with that level of complexity. This is one of the reasons why music with a structured form became much more popular in the Classical era with Mozart and Haydn. With very clear repetition, development and recapitulation of themes, it was very digestible music. Over the centuries, music became more and more complex once again. Beethoven expanded the form. Then in the Romantic era, music became more overtly emotional.

Harmonies became more and more complicated, until finally composers were writing things that were not based upon tonality.

Alexander Scriabin, at the turn of the 20th century, was writing pieces based upon all different intervals, even ninths! Bartok was also writing music that bordered on atonality. But it was Arnold Schoenberg who came up with the twelve-tone system which systematically avoided repetition of any of the 12 possible notes in what was called a tone row. Music composed with the 12-tone system was extremely difficult to sing. Things went even further with Anton Webern who serialized not just pitches, but rhythms, systematically avoiding rhythmic patterns. Even textures and articulations were serialized in a similar manner. So, there was very little to grab onto. As a work of sheer mathematics, many of these works were brilliant compositions. But this music is extremely challenging to listen to.

This led to a major breakdown of music once again which led to minimalism.

People wanted something that was digestible with repeated patterns. Not to say that minimalism is simple, because the way things are nested and overlapped can be quite fascinating. But compared to what came before, it was much more listenable. So, you see the historical pattern of music becoming more and more complex over time until there’s a breakdown to something simpler, and then the process starts all over again. The intrinsic nature of what makes music tick is that balance between order and randomness.

I hope this is enlightening for you. I’d love to hear your opinions on this subject! It’s really fascinating how our brains perceive things. The comfort of the familiar, and the exploration of the new, and how those two things are balanced is really what it’s all about in music and art, and in life itself! Thanks again for joining me, Robert Estrin here at LivingPianos.com, Your Online Piano Resource.

Please consider joining the Living Pianos Patreon to help support us and get access to extra Living Pianos content! There are some exciting new developments you’re going to hear about soon!